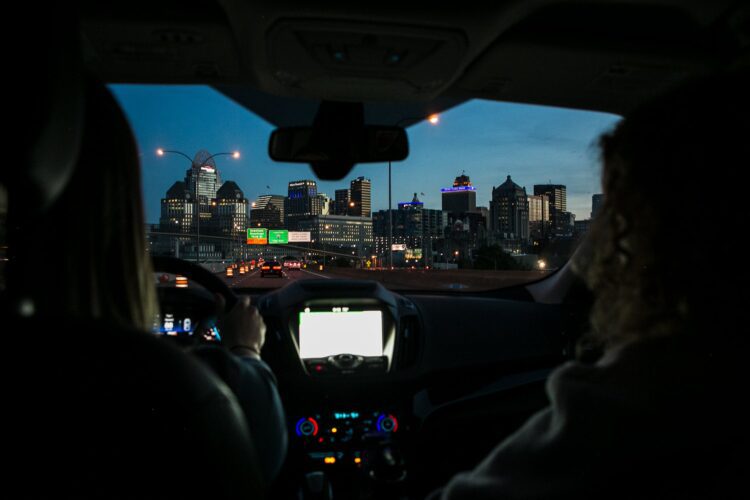 Before he took office, then President-elect Biden promised to be “the most pro-union president  you’ve ever seen.”1 Following through on that promise, the National Labor Relations Board (“NLRB” or  “Board”) seems poised to overturn the Trump-era worker classification test that makes it more difficult to  categorize workers as employees—a test that lead to the NLRB concluding Uber drivers are not employees.  The NLRB is also joining forces with the U.S. Department of Labor, Wage and Hour Division  (“DOL/WHD”). The two agencies announced a “memorandum of understanding” (“MOU”) between the  agencies to share information, collaborate, and coordinate on investigations of potential violations of federal  labor and employment laws, placing particular emphasis on worker misclassification.2

To top it all off, a White House Taskforce on Worker Organizing and Empowerment put out a  report (the “Taskforce Report”) that includes nearly 70 recommendations to promote worker organizing  and collective bargaining for workers employed by public and private-sector employers.3 Issued a week  before Valentine’s Day 2021, the report is a 46-page love letter to unions that could be a shot through the  heart of companies that rely on gig workers. While not naming names, the report takes aim at “gig” workers,  and asks the DOL to “prioritize action to prevent and remedy the misclassification of workers as  independent contractors” through a range of strategies, including: (1) rigorous enforcement; (2) strategic  partnerships with relevant federal and state agencies (e.g., the IRS and the Department of Transportation);  (3) guidance, rules, and/or education; and (4) outreach to workers, employers, unions, and worker  advocates.

Developments unfolding at the NLRB and DOL could have massive implications for transportation  providers that rely on independent contractors as drivers. There are already a variety of different legal  standards that will apply to those situations. It will be important for businesses that use independent  contractors to coordinate with legal counsel to develop a workforce strategy that works best among this  patchwork of ever-changing obligations.

In December 2021, the NLRB invited interested parties to weigh in on whether the Board should  reconsider its standard for determining whether a worker is an independent contractor or employee. The  invitation for public briefing stems from The Atlanta Opera, Inc., NLRB No.10-RC-276292 (2021) case.  This proceeding involves make-up artists and hair stylists at the Atlanta Opera Inc., who are trying to  unionize under the International Alliance of Theatrical Stage Employees; however, the implications of the  NLRB’s decision will reach into every industry. Specifically, the NLRB was looking for insight on whether  the Board adhere to the independent-contractor standard in SuperShuttle DFW, Inc., 367 NLRB No. 75  (2019) (“SuperShuttle”), return to the standard in FedEx Home Delivery, 361 NLRB 610, 611 (2014) (“FedEx”), either in its entirety or with modifications, or do something else.

SuperShuttle is a Trump-era NLRB decision that refocused the determination of worker status on  “entrepreneurial opportunity,” instead of the “economic realities” standard that had been established under  the Obama administration.4In 2019, the NLRB’s decision in SuperShuttle affirmed the importance of  entrepreneurial opportunity as a significant factor in determining independent contractor status and returned  to the traditional common-law agency test to determine whether a worker is an employee or an independent  contractor, which involves looking at a non-exhaustive list of factors to determine whether an employment  relationship exists. The traditional test requires the weighing of multiple factors, including the extent of  control which the employer may exercise over the details of the work, and whether the worker is engaged  in a distinct occupation or business. The SuperShuttle standard gives more room to include potential entrepreneurial opportunity in the analysis of whether the worker is engaged in a distinct occupation or  business, rather than being limited to the actual economic gains. Under the SuperShuttle standard, where  the overall evaluation of the common-law factors shows significant opportunity for economic gain (or significant risk for loss), the NLRB is likely to deem the worker an independent contractor, rather than an  employee. In May 23, 2019, the NLRB Division of Advice applied the SuperShuttle test—looking at the  10 common-law factors “through ‘the prism of entrepreneurial opportunity’”—and concluded that Uber  drivers are independent contractors because they had significant opportunities for “economic gain and,  ultimately, entrepreneurial independence.”

4 The SuperShuttle case involved franchisees who operated shared-ride vans for SuperShuttle Dallas-Fort  Worth (“DFW”). SuperShuttle DFW, an independent business entity, maintained a license agreement  with SuperShuttle International and SuperShuttle Franchise Corporation for the right to use the  SuperShuttle trademark and transportation system in the Dallas-Fort Worth area. Under the franchise  model, drivers were required to sign a 1-year Unit Franchise Agreement (UFA) that expressly  characterizes them as nonemployee franchisees who operate independent businesses. Driver-franchisees  were required to supply their own shuttle vans and pay SuperShuttle DFW an initial franchise fee and a  flat weekly fee for the right to utilize the SuperShuttle brand and its Nextel dispatch and reservation  apparatus. Franchisees did not work a set schedule or number of hours or days per week; they work as  much as they choose, whenever they choose. Franchisees were entitled to the money they earned for  completing the assignments that they selected. Individual franchisees could hire and employ relief drivers  to operate their vans.

5 The FedEx case involved 20 FedEx drivers who worked out of the FedEx Home Delivery Hartford  terminal. Drivers were hired as independent contractors and assigned them a route within the terminal’s  territory. Prospective drivers were required to complete training and acquire a van or truck that FedEx  deemed appropriate before being presented with FedEx’s Standard Contractor Operating Agreement. The  Agreement allowed the prospective drivers to negotiate: (1) which particular route they would be  assigned, and (2) an aspect of their compensation. The Agreement required drivers: make their vehicles  available for delivery from Tuesday through Saturday; deliver all packages assigned to their route on the  same day the packages arrive at the Hartford terminal; wear FedEx’s uniforms and badges and present  personal appearances consistent with FedEx’s standards; and follow specific protocols for deliveries, such  as where to leave packages for recipients not at home.

The NLRB will now reconsider whether to overturn SuperShuttle and adopt a different legal test  for determining employment status under the NLRA. Replacing SuperShuttle with a more restrictive  independent contractor test would make it easier for independent operators, drivers, and delivery workers— including “gig” workers—to be deemed employees of black car bases, rideshare companies, and the like, and consequently allow them to unionize and engage in collective bargaining under the NLRA.

On January 6, 2022, the DOL and the NLRB announced an MOU between the agencies to  strengthen the agencies’ partnership through enhanced information-sharing, joint investigations and  enforcement activity, as well as training, education and community outreach.6 Based on the MOU, we  may see the following:

∙ A system to exchange information and data that supports each agency’s enforcement mandates,  including complaint referrals and other sharing of information in complaint or investigative files  relating to alleged violations of the laws;

∙ Coordinated investigations and enforcement when matters fall within the agencies’ jurisdictions;  and

∙ Increased scrutiny of companies with “complex or fissured employment structures, including joint  employer, alter ego, and business models designed to evade legal accountability, such as the  misclassification of employees.”

The NLRB and DOL are stepping up their enforcement efforts and will be scrutinizing  companies—including those in the transportation industry that engage independent contractors as drivers.  This could be trouble for businesses that fail to comply with classification and related provisions enforced  by these agencies.

This is not the first time federal agencies have endeavored to work together on misclassification  matters. In 2011, the DOL and the U.S. Internal Revenue Service (“IRS”) entered into a MOU as part of a  joint initiative to reduce the incidence of employees misclassified as independent contractors, rather than  employees.7 From a tax perspective, employers who misclassify workers avoid paying payroll taxes, which  are used to fund programs such as Medicare and Social Security. Under the MOU, the agencies agreed to  share information and other materials and to coordinate national outreach activities, similar to the NLRB

DOL MOU. For its part, the DOL agreed to “refer to the IRS . . . Wage and Hour Division investigation  information and other data that DOL believes may raise Internal Revenue employment tax compliance  issues related to misclassification” and share “Wage and Hour Division training materials and opportunities  with the IRS[.]” In turn, the IRS agreed to “evaluate and classify employment tax referrals provided by the  DOL and . . . conduct examinations to determine compliance with employment tax laws.” In 2018, a report

from the U.S. Treasury Inspector General for Tax Administration criticized the IRS for not effectively  implementing the 2011 misclassification MOU.8

What’s Next for Transportation Businesses?

The NLRB’s decision will only impact the worker classification test used for labor relations issues under the NLRA—union organizing, unfair labor practices, and the like. It will have no direct bearing on  the tests used by the states and other areas of the federal government to determine wage and hour  compliance, unemployment compensation, workers’ compensation, or other labor and employment laws  outside the NLRA. There are a variety of different legal standards that will apply to those situations. It  will be important for businesses that use independent contractors to coordinate with your legal counsel to  develop a workforce strategy that works best among this patchwork of obligations.

The coming months will be of great interest to businesses that use gig workers as we can likely  expect to see the NLRB craft a new test for worker classification, and the DOL to create policies to  implement the recommendations in the Taskforce Report. Now is the time for transportation companies  that use independent contractors to minimize risk. Companies should be looking at their driver agreements  and worker classification practices to see how they align with the new rules. Compliance will be the key to  a success.