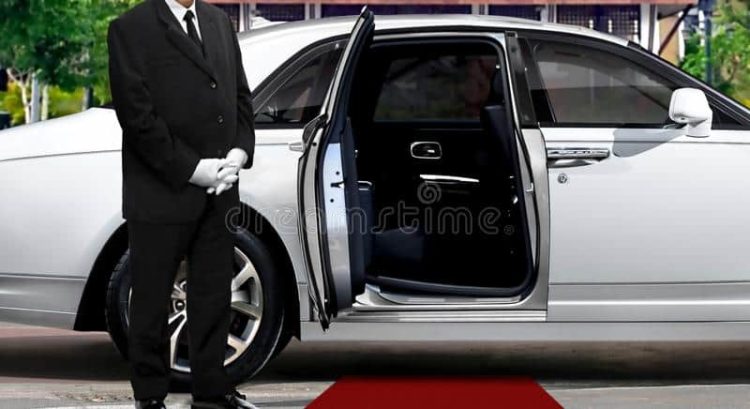 Knowledge is the most powerful weapon you are ever going to have at your disposal. It is not a gun, a sword or a bomb, but it is the strongest instrument you will have if you really want to make a change. Knowledge is a weapon because it is what you learn that enables you the most. Let me explain a bit.

It is amazing what can happen in the span of less than a decade. There is no doubt that anyone who has been driving a for-hire vehicle (“FHV”) for more than 7 years has experienced massive change, but not all change for the good. In the old days (pre- 2012) before Uber and Lyft hit town and disrupted the marketplace, a FHV driver would truly be able to choose the number of days to work and the number of hours to work. There was plenty of demand for transportation by the consuming public and thus, plenty of jobs to be performed by FHV drivers. Once a driver earned a certain amount of money they wanted to earn for the day, then they would simply go home. While that amount differed from driver to driver, the fact remained that it was the driver that determined the number of jobs, number of hours and number of days to work.

Today, things are different. While technically, a FHV driver can determine the days and hours to work, the reality is that a driver has to work much more than they ever did and certainly more than they want. FHV drivers have to work more not to earn more, but just to simply survive. What bothers me the most is not just the substandard conditions that a FHV driver has to operate in, but the fact that the NYC Taxi and Limousine Commission (“TLC”) simply does not “get it”. They don’t really understand the plight, concerns, and worries of the drives who move New York City. How can they when they don’t listen to the concerns of the drivers, do not make regulations that help drivers and only pay lip service to drivers when they testify at the TLC hearings. It is a sad state of affairs when the regulating authority makes rules that everyone has to live by, and they don’t ever seem to help anyone. In fact, the amount of regulations has drastically increased since 2012 and the number of rules has substantially increased since 2012. But what has all the rules and government intervention done for the FHV drivers? In my opinion, NOTHING.

I remember speaking before the TLC Commission at the hearing a few years ago when they were seeking to enact a cap on the number of hours a driver can work. I looked the Commissioners in the eye and asked “Do you really think a driver wants to work more hours than you propose in your cap? Drivers are not seeking to work more hours because they want to. It is because they have to” I went on to explain that FHV drivers in NYC are professional drivers and not part-timers like in the suburbs. In the suburbs, you have retirees and soccer moms who have time on their hands and decide to drive to make some extra money. In NYC, we have professional drivers. If everyone agrees that the drivers are professionals, then why treat drivers like children and tell them when to stop working, as a parent tells a child when to go to sleep at night. Who is best able to determine if a driver is fatigued or not? The professional driver or a rule that places a cap on the number of hours one can drive. It is not as if the TLC performed research into how many hours the average driver has to work to earn a decent living. Also, the TLC didn’t conduct a study to determine how many hours a driver can drive until it becomes dangerous for them and their passengers.

I personally speak to drivers just about every day. I speak to drivers as often as possible. I do this because I like to inform and educate drivers as much as possible about the industry. I also speak to drivers because I learn from them and always want to learn from them. Just because I have been involved in many facets of the FHV industry for the past 16 years does not mean I have nothing more to learn. I want to know from the drivers themselves what are their biggest concerns, what would they change about the industry if they could, what have they been doing to bring about change? Most drivers don’t do anything to bring about change for the better. This is not because they don’t want to, but partially because they do not know what to do. I always explain to drivers I meet that there are many ways to get involved, many ways to voice your concerns, many ways to keep up to date on current issues affecting the FHV industry and many ways to obtain knowledge.

I often give drivers knowledge and information as the means to obtain information so they can educate themselves on the TLC’s policies, the likely effect of proposed regulations and what I believe will happen in the long run. This enables FHV drivers to be well-informed and decide if they want to get involved in a particular issue. Not everyone can get involved, but that is why the industry has trade organizations. While these organizations represent various sectors of the industry, they do so in order to shape the transportation policy of the TLC, to try to help enable the FHV industry to remain robust and vibrant for all stakeholders and in order to fight with the TLC and the elected leaders when need be.

Remember, the TLC is made up of political appointees who, other than the Chair, do not get paid for what they do. I have been at TLC meetings and hearings and have seen some Commissioners fall asleep, leave in the middle and simply not even show up. Of course, I have experienced some Commissioners ask questions that make it seem as if they don’t even know much about the FHV industry. These are the people who are making the policies and rules that FHV drivers and all others in the industry must abide by. Does not make much sense, does it? I stay involved, keep myself up to speed on all current issues and interact with as many people and organizations in the FHV industry as I can so I can most effectively represent those who come to me for advice. It is knowledge of the industry that allows me to do this. At the very least, I wholeheartedly hope that anyone who reads my posts and blogs or takes one of my business cards goes on my website and signs up to receive a periodic newsletter that I send out and as well as urgent industry notices when something important is going on. You can ask me a question anytime. I will be happy to respond. I encourage all my readers to join the list and receive these newsletters and updates by going to this link: http://www.shankerlawfirm.com/questions

I recommend everyone to ask questions and to ask them often. The only stupid question is the one you don’t ask. Remember that knowledge is a dominant tool that you can you use to your advantage. Knowledge is not only the most powerful weapon; it is also the key to success and the most effective way to break the poverty cycle. And yes, it is a great influential tool and it can change the world. However, education and learning are related to each other. It does not need to be only school education; it can also be self-taught, books, a mentor, someone else’s disaster or even your own failure. But whatever it is, you must always be learning, and learning something today knowing that it is an investment for tomorrow.

So, you have to be doing it now, in learning it with an obsession. You have to understand that for your ideas to be realized, you have to chase that knowledge down. It is a relentless pursuit and just like you would create a stockpile of great weapons, you must create a supply of knowledge. You should always want to learn more and more. Do not think for a second that you are stupid, not talented, or that you are not a success because of previous failures. If you feel somewhat adrift at sea, not knowing how to get back to shore, not going where you want to go, you have to forge a new mindset. You have to believe that you can change those things about yourself. And the way to do that is to act by putting your new knowledge into action. So, you have to get out there and do something.

As you can see, knowledge is truly the most powerful weapon and it grows with your mind. It will help you rise up and will be the thing that protects you when you need it most. Just build the brain you want to have. So, if you want to do something incredible tomorrow, learn today