Advertising in FHVs- Easy Money for Drivers, but the TLC Won’t Allow It! 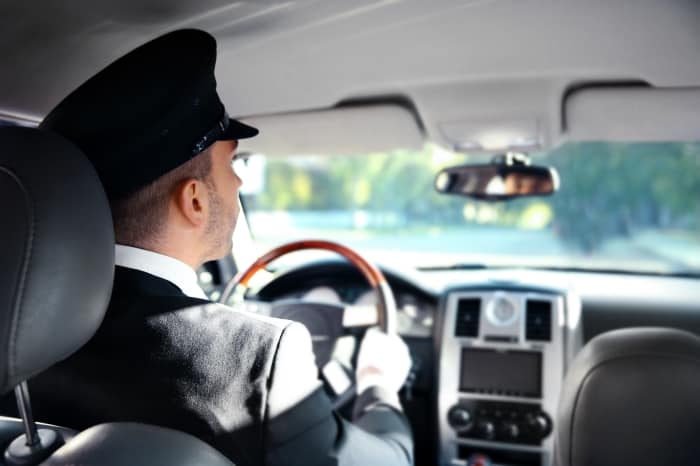 Advertising in FHVs- Easy Money for Drivers, but the TLC Won’t Allow It!

I recently represented a company named Vugo, Inc. in an appeal to the U.S. Circuit Court of Appeals, a court whose decisions are only reviewable by the U.S. Supreme Court in Washington. Vugo is an infotainment company whose goal is to enhance the passenger experience in for-hire vehicles (“FHV”). In essence, a screen the size of a small iPad is put in the back of a FHV. The customer gets in and can see ads, information and entertainment that is targeted towards the specific passenger. If the customer likes the info/ads/entertainment on the screen they can watch. If not, they can ignore, turn it off or simply mute it. This is not like the Taxi TV created years ago by the NYC Taxi and Limousine Commission (“TLC”). This is high tech and its purpose is not to just entertain the passenger, but most of all, to pay the FHV driver for putting the device in the vehicle. The FHV driver does nothing except collects an agreed-upon sum of money. These days, those in the FHV industry, including drivers, can barely make ends meet. The ads can provide FHV drivers with upwards of $300 per month. This extra money to drivers is no small sum.

When Vugo asked the TLC for permission to place the tablets in FHV’s, the TLC said “NO”. So, then here is the question: why would the TLC choose to take away a meaningful source of income for drivers who are still struggling despite the minimum pay regulations and when many other cities around the country allow advertising to help drivers? After all, it was the advertising revenue that was and is still paid to the yellow taxi owners that caused the TLC to create Taxi TV in the first place. And how hypocritical of the TLC to ban ads inside FHV’s when it still allows ads on taxi rooftops.

The TLC’s reasoning for the ban was that people didn’t like Taxi TV and the public should not be bombarded with ads through their ride. In the TLC’s view, a trip in a FHV is supposed to be a relaxing experience and a quiet respite from the hustle and bustle of NYC life. What a load of crap. People get in a FHV to be transported from Point A to Point B. That’s it. There is no stretch out your legs and take a steam bath experience with a cocktail in hand when a person takes a trip in a FHV.

Vugo didn’t like being denied a permit by the TLC and decided to sue. Vugo claimed that TLC’s refusal to allow the ads violated the First Amendment right to free speech. The TLC argued in opposition that the agency’s restrictions on advertising inside FHVs were justified because the screens are annoying to passengers. Well if they are so annoying to passengers then why are such ads still allowed in yellow and green taxis? While taxis now perform fewer trips than Uber and Lyft, before 2016 this was not the case. It was only a few years ago that ridership via Uber and Lyft overtook ridership in taxis. This leads to two the inevitable questions (1) why does the TLC seek to protect a passenger taking one mode of transport that has been suffering economic loss (taxicabs) to be annoyed by in-vehicle TV ads and at the same time seek to protect competing companies, like Uber and Lyft, passengers from the same alleged annoyance? and (2) why doesn’t the TLC give this form of advertising a shot. Perhaps the public will like it more than Taxi TV and not be annoyed by it. Or perhaps the TLC will just simply allow this means of advertising because it provides well-needed revenue to FHV drivers.

On September 10, 2019, the Independent Drivers Guild (“IDG”), which represents approximately 85,000 FHV drivers in New York City, called on the TLC to allow FHV advertising at a driver rally outside City Hall ahead of the Council’s oversight hearing on the TLC. According to the IDG, the ads can generate an extra $4,000 annually without drivers having to log more hours on the road.

In the Vugo lawsuit, the federal district court sided with Vugo, finding that the TLC’s ban on advertising was unconstitutional, and prohibited the TLC from enforcing the rules banning FHV advertising in vehicles. On appeal, the federal appeals court reversed the lower court and upheld the TLC’s decision to ban advertising inside FHVs. The appellate court’s decision is essentially the end of the road because the U.S. Supreme Court hears less than 2 percent of all cases where their review is sought.

Just to be clear, the court case does not prevent the TLC from allowing ads in FHVs. The only thing stopping the TLC from doing so is the TLC. In the current environment, where the unchecked massive expansion of the FHV industry has led to driver unrest, pay diminution, and despair resulting in several driver suicides, there is now a compelling rationale to allow the TLC to help drivers make ends meet. Vugo and my firm did its best to bring this form of revenue to drivers, but the U.S. Circuit Court of Appeals put the ball back in the TLC’s court. It is now up to you, the FHV driver, to reach out to the TLC, the City Council and the Mayor’s office to ask why is it denying FHV drivers the ability to easily make more money without having to do anything?

If you have questions, you may contact me at http://www.shankerlawfirm.com/contact