Will the N.Y City Council Permit Advertising in FHVs? 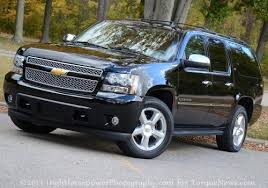 Will the N.Y City Council Permit Advertising in FHVs?

About one month ago, I authored a blog on this site detailing the case of Vugo, Inc. an infotainment company that wanted to place advertisements in for-hire vehicles. Despite the financial benefits that would come to drivers as a result of allowing such ads, the TLC  prohibited Vugo and others from displaying such ads because, in the TLC’s mind, the public should not be bombarded with ads throughout their ride. In the TLC’s view, a trip in a For-Hire Vehicle (“FHV”) is supposed to be a relaxing experience and a quiet respite from the hustle and bustle of NYC life. Vugo didn’t like being denied a permit by the TLC and decided to sue. Vugo claimed that TLC’s refusal to allow the ads violated the First Amendment right to free speech. The TLC argued in opposition that the agency’s restrictions on advertising inside FHVs were justified because the screens are annoying to passengers. While Vugo won at the trial level, the City of New York, on behalf of the TLC, argued the case all the way to the 2nd Circuit Court of Appeals, one court below the Supreme Court of the United States of America in Washington. Unfortunately, the City won. This was a slap in the face to all FHV drivers who could have easily earned upwards of $300.00 per month for doing nothing other than putting a tablet in their vehicle.

Finally, some governmental entity with sanity and the smarts to see that drivers need this income and there is no real basis to ban advertising either in or on FHVs. FHV drivers are struggling to make ends meet across the city and rooftop advertising presents an opportunity to help solve the problem. Rooftop advertising will not compete with Taxi rooftop advertising. Rooftop advertising units on FHVs generally target outer-borough neighborhoods in which medallion taxis do not operate and will incentivize advertisers to enter the city-wide market. Approved rooftop advertising companies continued to expand their business while deploying ads on FHVs until the TLC’s continued ban was announced after the City won the case in the 2nd Circuit Court of Appeals in July, 2019.

$300.00 per month may or may not seem like a lot of money, but consider this: $300.00 per month can cover health insurance for FHV drivers, groceries for the family, fuel expenses and costly vehicle insurance that is mandated by the TLC. And all of this can be accomplished without drivers having to log more hours on the road.

On September 10, 2019, the Independent Drivers Guild (“IDG”), which represents approximately 85,000 FHV drivers in New York City, called on the TLC to allow FHV advertising at a driver rally outside City Hall ahead of the Council’s oversight hearing on the TLC. According to the IDG, the ads can generate an extra $4,000 annually without drivers having to log more hours on the road.

In my prior blog post on this issue, I specifically stated the court case does not prevent the TLC from allowing ads in FHVs. The only thing stopping the TLC from doing so is the TLC. In the current environment, where the unchecked massive expansion of the FHV industry has led to driver unrest, pay diminution, and despair resulting in several driver suicides, there is now a compelling rationale to allow the TLC to help drivers make ends meet. Vugo and my firm did its best to bring this form of revenue to drivers, but the U.S. Circuit Court of Appeals put the ball back in the TLC’s court.

While the pleas of drivers fell on the deaf ears of the TLC, the New York City Council did in fact take notice and fortunately took action with the introduction of this bill. No one knows what will happen, but this is at least a step in the right direction. Council Member Ydanis Rodriguez is the best advocate for the FHV industry. As a former taxi driver, he knows the plight of those who drive FHV’s for a living and his ears are not deaf to your pleas of help.

Keep in mind that while the TLC makes regulations that the FHV industry must abide by, it is the New York City Council that makes the law via the NYC Administrative Code and sets public policy. The law (via the code) trumps the TLC’s regulations and in the event of a conflict between the Administrative code promulgated by the City Council and the Regulations promulgated by the TLC, the regulations must take a back seat and be abolished. This is the basic law that I learned in law school over 20 years ago.

The actions of the City Council are surely a move in the right direction, but we still need YOU, the FHV drivers of NYC, to take action. There are a number of things you can do to help bring about this change in policy.